Leona Scarcliff of Canton celebrated her 100th birthday in August and attributes her longevity to her religious beliefs. Born on Sept. 22, 1915, Scarcliff grew up on a farm in Fulton County. She attended grade school out in the country and had to walk one mile to school and one mile back each day. If the weather had been unfavorable and resulted in muddy roads, Scarcliff would ride her family’s horse, Daisy, to school. Scarcliff recalls one day while riding to school when Daisy became spooked and ran back home. Her parents had to come pick her up in the family wagon. ‘Everyone thought that horse was remarkable’ Scarcliff noted. Scarcliff remembers other moments she enjoys looking back on, such as when she first got married and her friends held a shivaree. In a shivaree, a mock serenade with pots, pans and other objects is given to newlyweds.

During her first year of marriage to her husband, Eural “Bud” Scarcliff, she lived in Bartonville before moving to a farm near Glasford. Scarcliff recalls their friends coming into the yard and banging on pots and pans to make a lot of noise. One hundred years has also given Scarcliff tough times as well. Scarcliff, who had two children, recollected when her daughter contracted polio and became paralyzed. Her daughter’s condition required physical therapy, and Scarcliff hired the live-in help to assist with those duties. Despite having polio, Scarcliff ‘s daughter went on to attend Southern Illinois University and worked an office job at Caterpillar.

In 1991, Scarcliff faced trying times when both her daughter and husband died in the same year. Scarcliff believes it’s her Christian faith that has helped her live to see 100 years. ‘I believe in the Lord and I think that he has helped me through many trials’, she said. Religion has been an important part of her life since Scarcliff was born. She used to teach Sunday school classes and still attends church every week. ‘Have the Lord in your life’, Scarcliff advised.

Reflecting back on her years, she also remembers kindness from others. After graduating from high school in Canton in 1933, Scarcliff attended business school in Rock Island. Upon arrival in town, she had to walk through a strange town in the dark to the house where she was staying. Scarcliff said a young man carried her bags for her. Throughout her years, Scarcliff has also enjoyed working with her hands, such as gardening, knitting, crocheting and baking. She has made quilts for all of her grandchildren. Additionally, she said she was known as the pie baker of parties and get-together’s.

Now her great-granddaughter is the baker in the family. ‘It was fun to be busy and make things’, Scarcliff said. ‘It’s wonderful to have grandchildren grow up around you.’ Scarcliff now resides in Canton at an assisted living facility, and the woman she hired while her daughter had polio now lives dawn the hall from her. She has three grandchildren and three great-grandchildren. 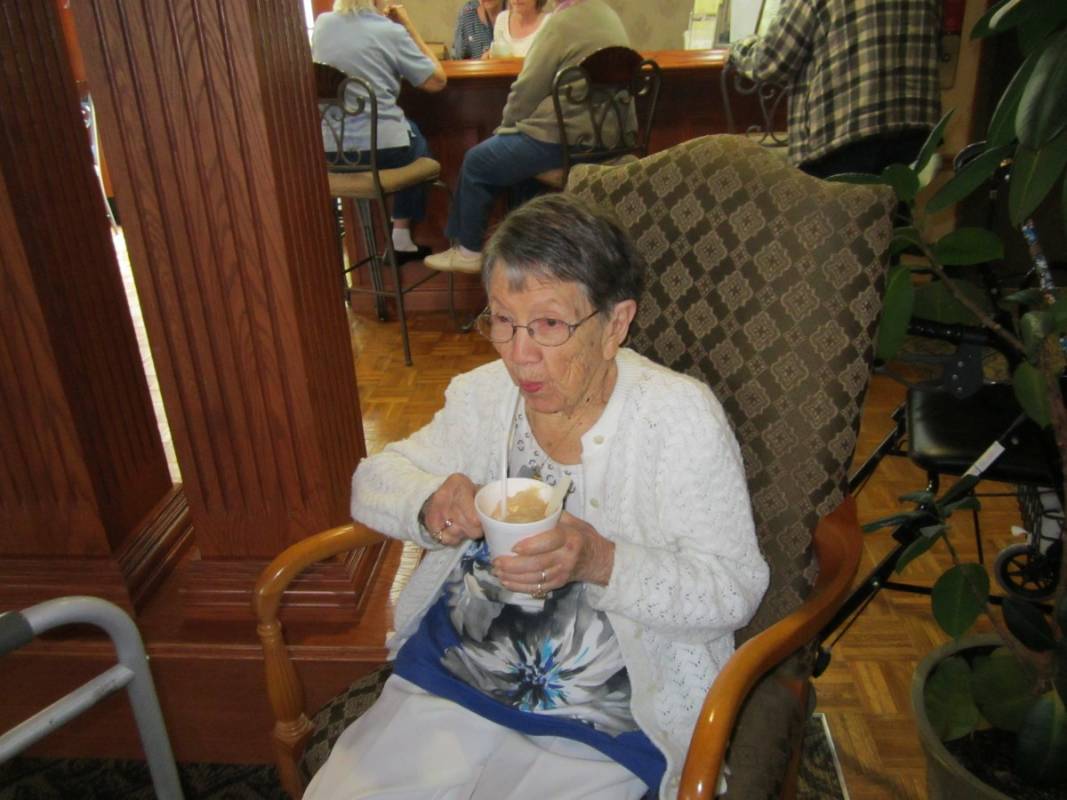 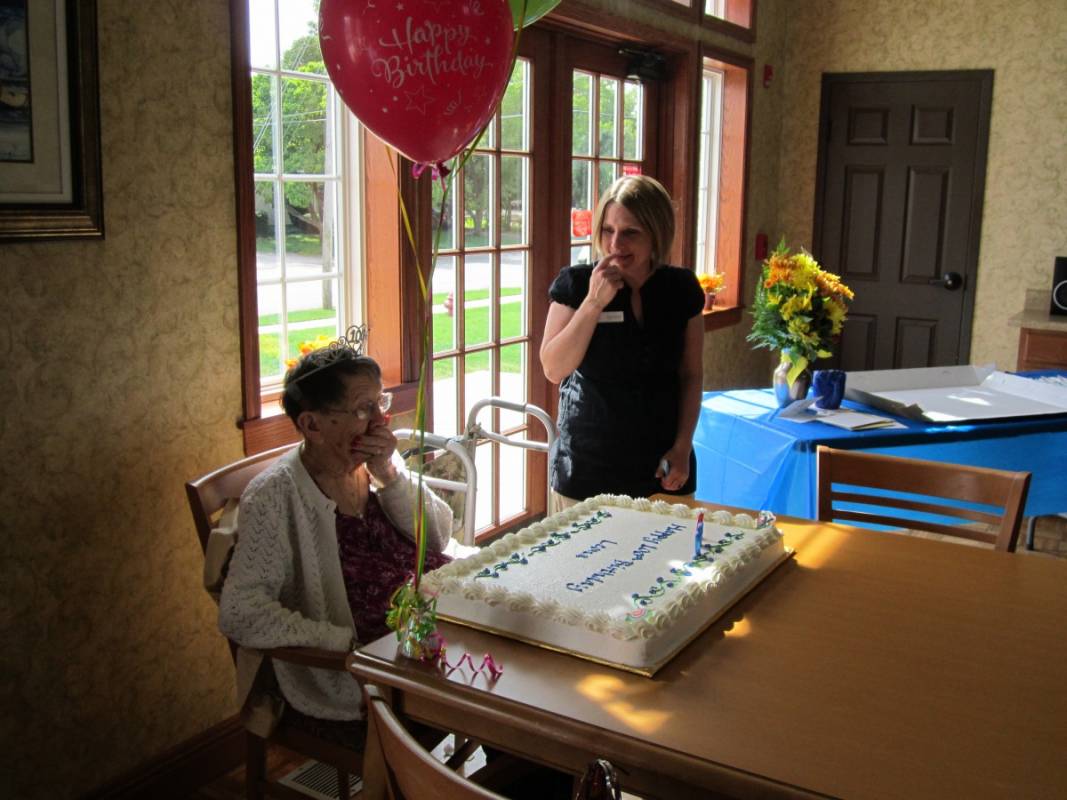 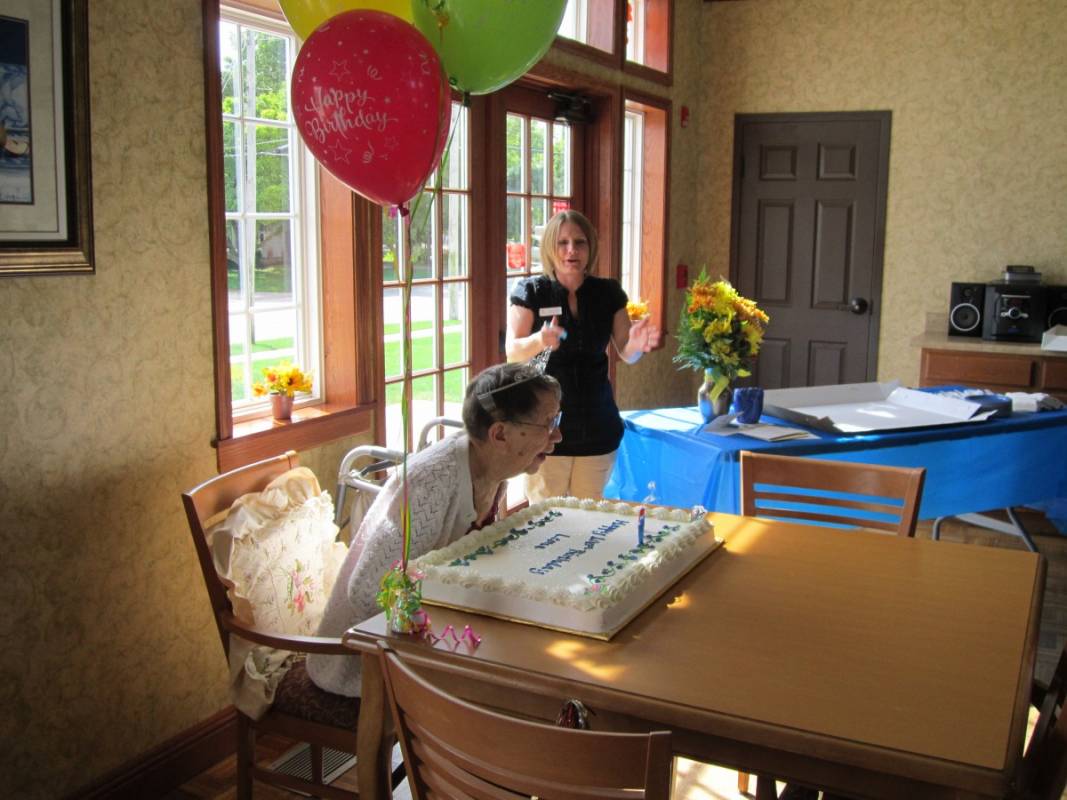